Considered as a cinema industry standard for recording (more than 60% of the worldwide movie production is using our consoles), the SONOSAX SX-S was designed in 1983 and twenty years of careful listening from our clients have allowed us to present this new product today, enlarging our existing SONOSAX SX-S range.

Thanks to our clients and the feedback from faithful users, and also thanks to the new technologies available today, we are now proud to present the most advanced analogue mixer ever manufactured, using the same mechanical design from 1983, a successful collaboration between our company and the “Ateliers du Nord in Lausanne.

The SONOSAX SX-ST is available in 8 and 10 channels, or 8 channels with 8 DIGITAL outputs. Powered from batteries, or external 12 to 18V.

Unlike equipment based on cheap manufacturing, low cost and short life, each piece of component is carefully selected upon its performances and long life duration, with no compromise in order to save on the costs. 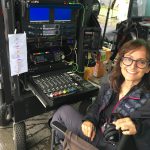 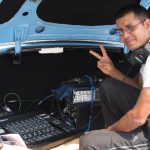 WARNING
8 channels @192kHz operation is not guaranteed with this firmware

WARNING
8 channels @192kHz operation is not guaranteed with this firmware.

WARNING
8 channels @192kHz operation is not guaranteed with this firmware.

The 4.2 release is a major upgrade that benefits from the SX62R firmware.
See SX62R changelog for details.

NOTE1
Versions 2.8 and 2.9 were not officially released for the SX-ST Recorder. However firmware version 3.0 includes all fixes and added features in these 2 versions as described below.
Version 2.9 changelog: