An embedded digital matrix allows any input to be routed to any output or to an internal stereo mixer. The fully digital controls allow menu access to all features with only two rotary encoders. A high-brightness graphic display shows the available options and settings as well as four modulometers assignable in pairs to any signal source. The power supply from a standard battery, recharged in the device, guarantees hours of autonomy, even if the two power sources available to the SX-M2D2 are unplugged.

The possibilities of implementation are endless:

SX-M2D2 applications  are countless. Here are some examples: 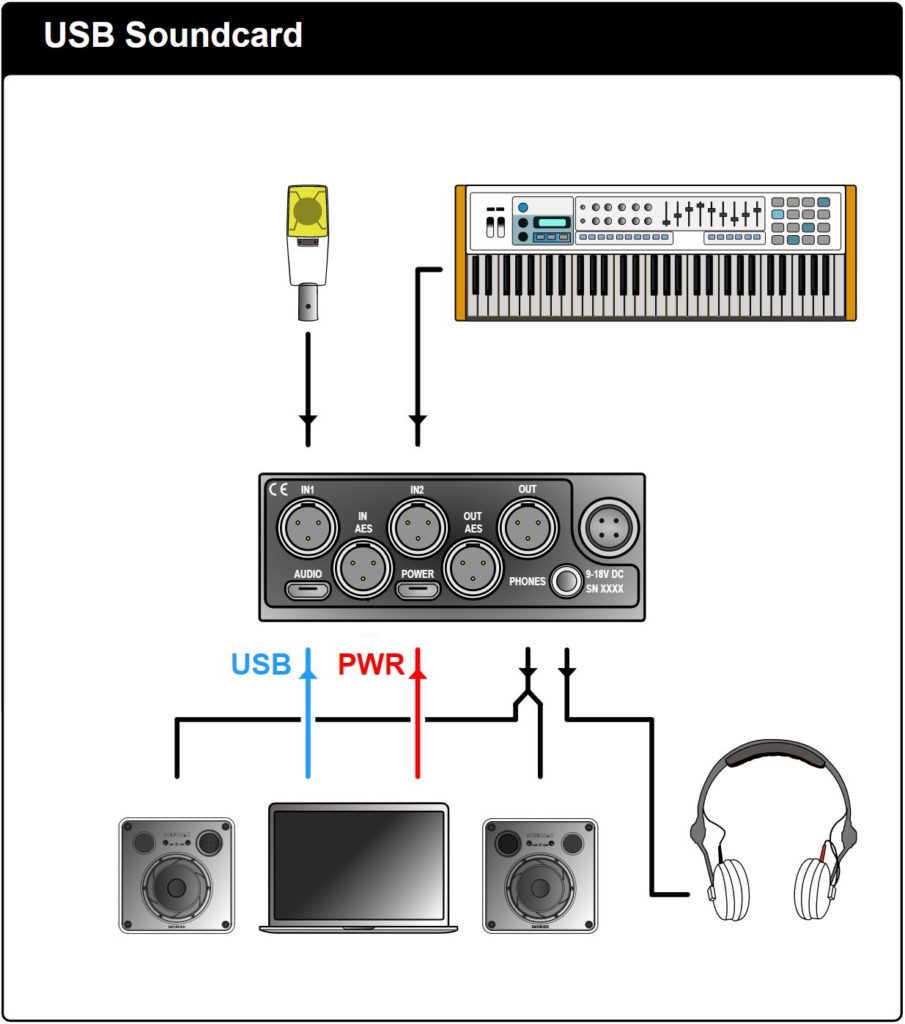 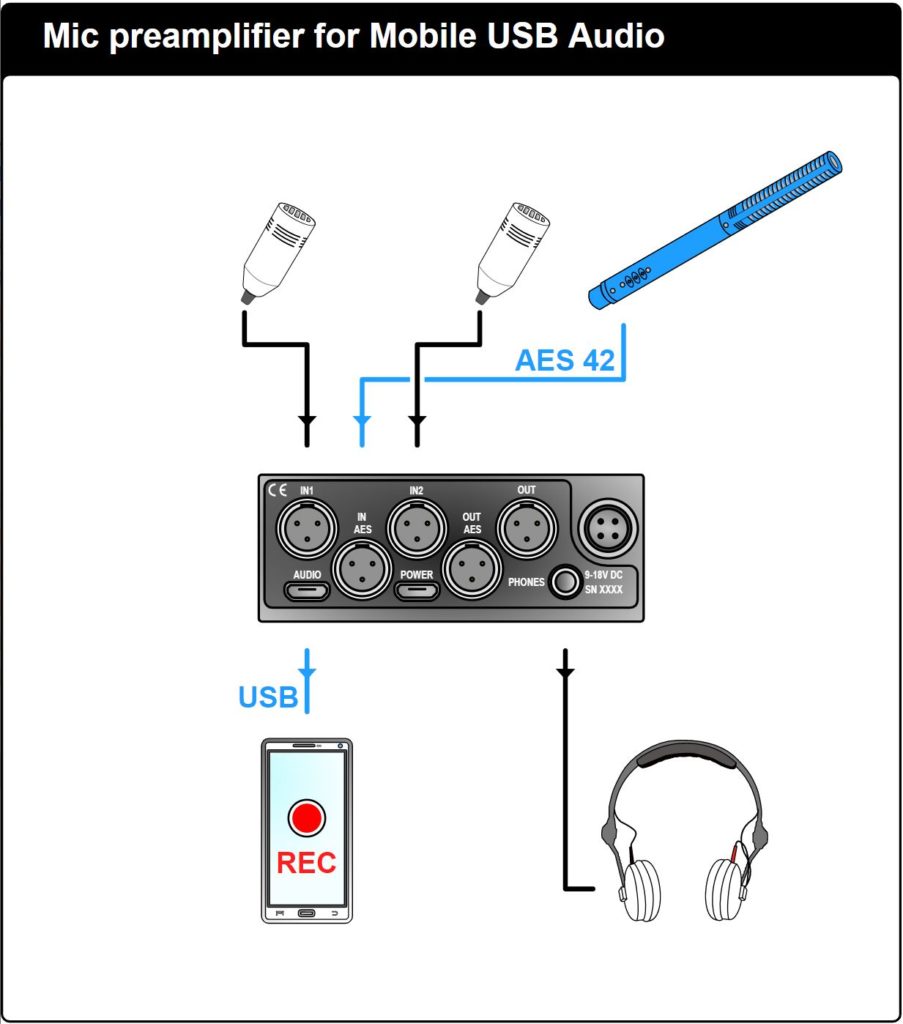 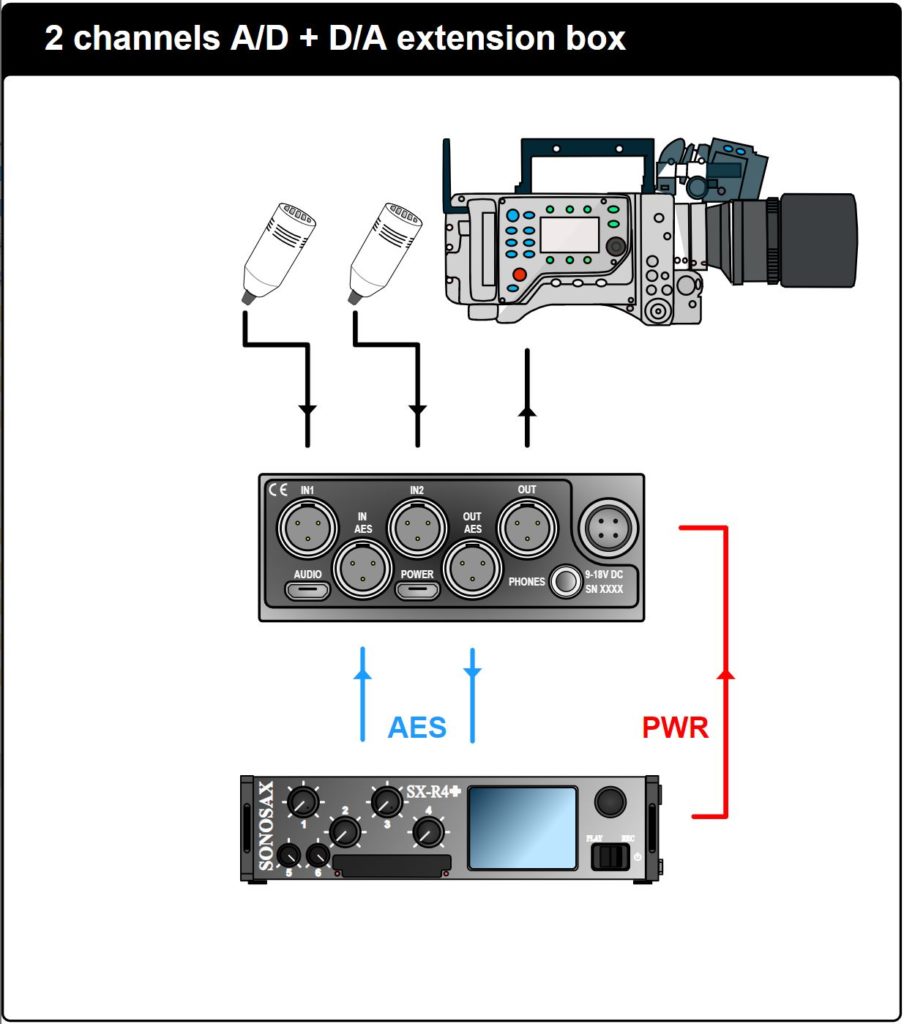 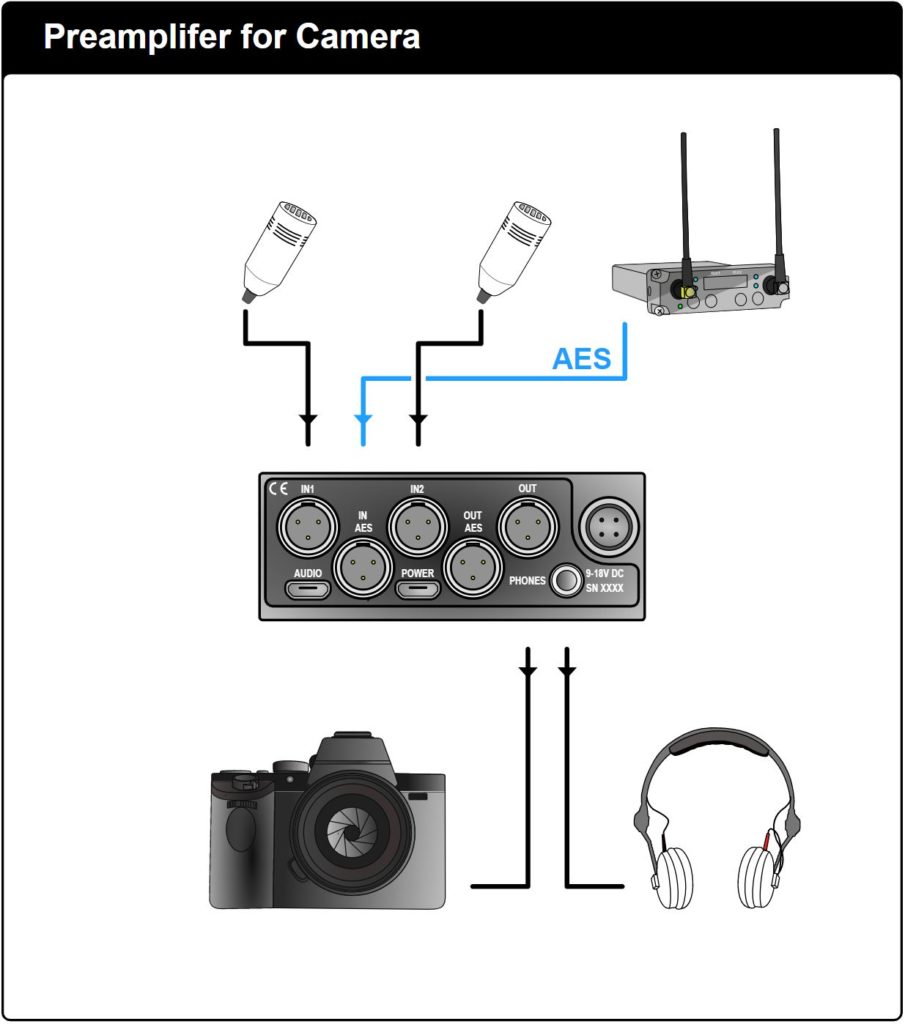 The battery must be present in the device to ensure that all functions are always available.
The SX-M2D2 can be powered without a battery for a few moments when replacing a discharged battery with a charged one.

Most recent Apple iPhone, iPad and Android devices work with the SX-M2D2.  This is a list of suggested apps. Please note that since these apps come from third party vendors, no support is provided for them.

Apple OSX version 10.6.4 and above, Windows 10 version 1703 and above and all (modern) Linux distributions natively supports USB Audio Class 2.0, no driver install is required. 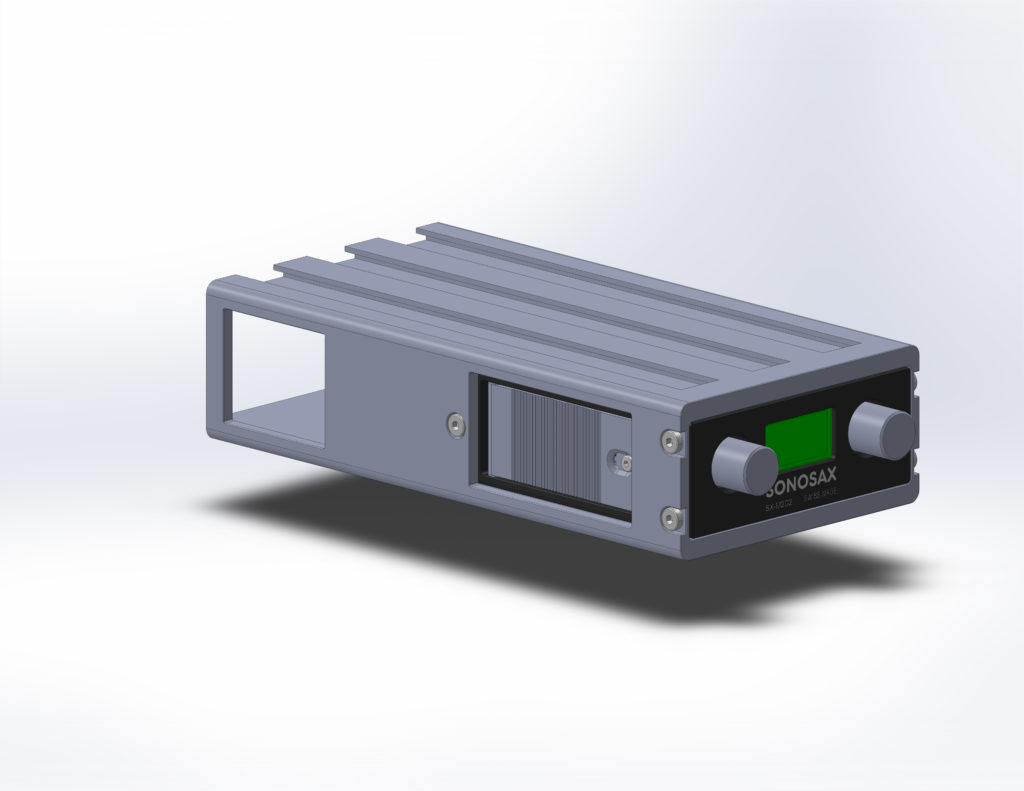 Sonosax provides two types of 3D print for your SX-M2D2.

Slide your SX-M2D2 into this box, protective case, mounting accessory, whatever you like to call it. Hot shoe fixing slides allow you to attach it to a camera. You may also slide it into your sound bag. The connectors are protected and the cables come out elegantly on the side.

Feel free to modify the original file according to your needs and ideas. And if you do, send us your photos, the most beautiful ones will be published on the sonosax.ch website.

In each .zip file, you’ll find:

Note: Sonosax does not provide this accessory in physical form. Only files for 3D printing are available.